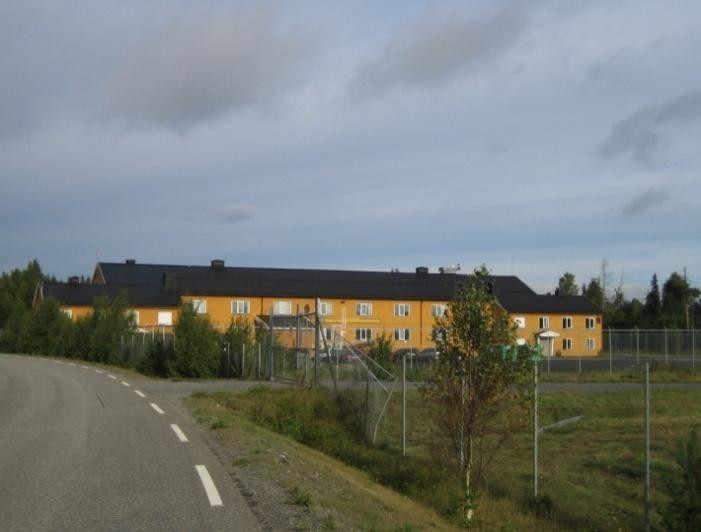 New Video Surveillance In May 2008

Video surveillance provides more comprehensive monitoring and a heightened level of safety for inmates and workers. “We wanted to make sure our video surveillance was up to par and a new system with 55 cameras was installed in May 2008,” tells Axel Withers, Head of Security for the Immigration Service at the national police in Norway. The detention center had earlier an old surveillance solution with limited functionalities and big quad monitors jamming the control room. But they still wanted to benefit from the functioning analog cameras that had been installed earlier. To provide a smooth migration towards IP surveillance, Mirasys V series, a hybrid recorder, was chosen by Trandum’s alien detention center to replace the ageing system. The migration project was designed by ADI-Alarmsystem AS Norway and installed by Nor-Alarm Öst.
Mirasys V series is a complete set of hybrid recorders that support both legacy analog cameras as well as IP cameras. Mirasys V series recorders are delivered with Mirasys NVR Enterprise software. “It offers an intuitive, user-friendly interface that enables security staff to quickly get up to speed and supports smart searches of archived images for fast response to events,” comments Kato Lystad from ADI-Alarmsystem. “Moreover, the Mirasys V series scales easily, so it supports the addition of more cameras at the facility if needs should arise in the future”.

The detention center is a facility where tension is high as many of the persons held here are desperate. This can result in fights, outbursts and other disturbances. Unfortunately it also happens that personnel get assaulted. “We have had cases where the detained have accused our personnel of misconduct. But video surveillance footage proved that our personnel was not acting out of line,” explains Withers. The detention center has a responsibility to keep the detained safe and alive. There is legal precedence in case law to support this responsibility. “Putting an inmate under constant surveillance can sometimes be the only way to ensure that they are not going to harm themselves and video surveillance has been a great aid,” tells Withers. The Trandum detention center is divided into four sections, two for single men, one for single ladies and one for families. Every section is divided into a day room, kitchen, dormitories and bathroom facilities. “We also have visiting rooms and an activity center in a separate building where the detainees can listen to music, study, use a computer, watch TV or play sports”, explains Withers. “Here the surveillance system provides an enhanced level of safety when the detained are escorted through the yard”.

The search and analysis tools allow the operators to quickly find the required video clip from recorded footage. Mirasys provides the possibility to export tamperproof high-quality video and audio clips for evidential purposes. “We are particularly impressed by the quality of the recorded video from the Mirasys system and the flexibility to up-scale the system for the future,” comments Withers. Identity and access management is supported in IP video systems through the use of sophisticated user account features that allow system administrators to customize user accounts according to user-specific roles, thus preventing them from accessing unauthorized functionality such as export data. “The fact that every user has their own profiles is phenomenal. First it is a matter of security, second it’s about comfort. Your preferred outlay is always ready and nobody can mess with it nor with the configurations. We can securely monitor and view recorded video from any remote location, thru multiple user accounts with controlled access”, tells Withers. The system administrator will define the rights for each user. User accounts and access rights increases the level of security within the network by prohibiting unauthorized use. Withers conclude, “Mirasys surveillance solution is a significant improvement compared to our old system and more than meets the needs of the detention center by providing high quality video which can be used for evidential purposes and by improved software management”.